EU member states and biometric product providers are broadly ready to implement the entry/exit system as soon as it comes online, as seen during an EU industry roundtable -LISA, although work continues on important details, from how to assess data used for training algorithms to how biometrics can provide high assurance of identity claims without creating the potential for compromise of privacy.

The event focusing on “biometric technologies in identity management and verification” was held in Strasbourg on 16 June. The event also included a series of presentations from biometrics vendors and researchers on topics related to border biometrics deployments.

A series of officials from EU countries and eu-LISA itself set the scene with a series of presentations, followed by a session on passenger processing at land and sea ports. Presentations were made by representatives of Isorg, Jenetric, NTT Data and Idemia. A final series of Identity Management as a Service presentations included InnoValor, iProov, Innovatrics, SITA and Augmentiq.

Read ID and InnoValor’s iProov each discussed the technology being used with Eurostar, focusing on things people can do on their own in advance, with their own devices, to speed up border processes, as did presentations by Innovatrics and SITA.

Bouatou described the workflow of a typical interaction between a service provider and a user, secured by an attribute challenge and response, then compared it to a minimal disclosure architecture enabled by biometrics via a third party of confidence.

This system works very well in theory, but is “a little problematic” in practice, he says.

Centralized databases, smart cards or personal documents such as biometric passports or personal devices can be used in such architectures, but each entails its own limitations, according to Bouatou.

Technologies and approaches such as homomorphic encryption, multiparty computation, and verifiable computing can help. Homomorphic encryption can be used with a centralized database to secure access without decrypting biometric data, with multi-party computing preventing manipulation in the back-end. The proof of calculation can allow an airline or an airport to verify that the response received is indeed the result of the comparison of the data submitted with the reference data issued by a trusted authority (such as a passport photo).

The relatively new technologies suggested by Bouatou are not yet mature and ready for production, he warns. However, they will remain areas of interest for their potential to improve the privacy of many digital ID systems around the world, and in particular massive EES. 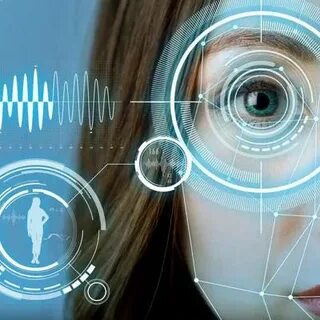